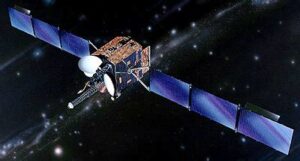 Bob Gough has worked on a number of communications satellite programmes ever since the 1970s when the world’s first 3-axis stabilised satellite carrying 6 Ku-Band transponders, OTS, was developed by the European Space Agency (ESA). Bob was a member of the project team at ESTEC which led the design and development of OTS, ECS, MAROTS, METEOSAT, OLYMPUS and more.

Some of the satellites and systems Bob has worked on include:

The military and commercial satellites involved operate at VHF (TT&C), UHF, L-Band, C-Band, S-Band, X-Band, Ku-Band, Ka-Band and EHF. Bob has got in-depth experience in the design and technology employed at all these frequencies, both on spacecraft payloads and in the earth stations.

The range of work undertaken has been extensive, from system design and study contracts, through equipment development to the management of spacecraft subsystem development contracts. The specific satellites and associated systems which we have been involved with, and the type of project responsibilities and work undertaken in each case are detailed under these Links: