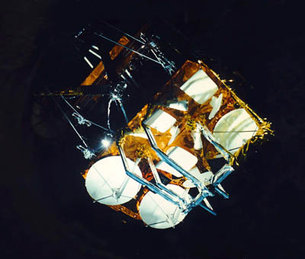 Satellite in-orbit testing is carried out for a variety of reasons. For a communications satellite its basic form is to verify the integrity of the communications payload and the antenna platform following satellite launch, and prior to release of the satellite to Operations. Also, regular in-orbit performance checks are usually carried out.
In other cases the satellite manufacturer receives regular, contractual stage payments provided that the satellite’s performance specifications are exceeded. Whatever the reasons, accuracy of the test results is a critical issue.

Satellite in-orbit testing brings together experience and expertise from a number of different fields. A detailed knowledge is required of the satellite, its communications payload and its antennas. A knowledge of antennas, microwave, RF, IF and baseband engineering is required, together with in-depth knowledge of testing techniques and modern, computer-controlled test equipment. Further, many laboratory testing techniques must be significantly modified to take account of in-orbit effects, such as rapid spacecraft temperature changes, Doppler shift, propagation fluctuations and signal propagation delay.

Bob Gough’s experience of in-orbit testing mainly stems from the seven years he was employed at the European Space Agency, working on communication satellite systems, payload design and the in-orbit testing of the OTS and ECS satellites. Subsequently Bob carried out many more In-Orbit Testing projects as detailed on his personal website => here.